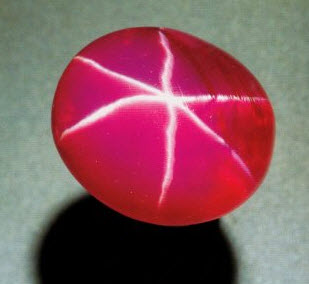 Please note that the gemstones shown are representative of what we can acquire for you. When you want a fine gemstone contact us at gems4u@rocketmail.com and we will then find it.
THE PRICES SHOWN ARE REPRESENTATIVE OF THE COST FROM THIS PARTICULAR COMPANY WE WORK WITH.

In this page i am going to show you several samples of some top of the line Star Sapphires. I am not putting prices here and if you find one you like contact us at gems4u@rocketmail.com with the one and I will get the info to you. Since top quality Star Ruby and Sapphire are sold on a somewhat fast scale they may not all be here when you want it. So if there is one you want and it is sold we will find another of similar quality if possible and get the photo and information to you.
I am adding some history for you which is  a lot of legend in most cases. If you desire more information on these world class gemstones do not hesitate to contact me immediately.
Thank you and have a good day
Gregg and Yema
IMPORTANT NOTICE ON BURMESE RUBY AND THE U.S. GOVERNMENT
NoteBurmese Jade Act of 2008" of the US Government, we cannot ship Burmese-Origin Rubies to the United States. Please note that this restriction applies specifically to Burmese Rubies. Customers in the US can still buy all other gemstones, including other gemstones of Burmese origin (i.e. Spinel's, Sapphires, Star Sapphires, etc) and rubies from any other country except Burma. This restriction only applies to customers having their shipping address in the US<span style="font-size:9.0pt;Verdana" ,"sans-serif";color:black;"="">.

WHAT THIS MEANS TO YOU IS THAT IF YOU ARE NOT LIVING HERE YOU CAN BUY AND WE CAN SHIP TO YOU DIRECTLY. IF YOU ARE LIVING HERE THEN WHAT WE CAN DO IS TRANSSHIP THEM TO THE UK OR ELSE WHERE AND THEN TO YOU.

Fine star rubies and sapphires are highly valuable. The star moves across the face of the stone with shifts in light, an effect known as “asterism”. The word ‘asterism’ is derived from tthe Greek ‘aster’ which means star. The best ones possess an intensely rich body color and a strong sharp star with all six rays equally straight and prominent. It is extremely rare to find a gem that combines these qualities. Star rubies show pleochroism, it means that the gems will show different colors when viewed from different directions.

Many rubies will fluoresce in short or long wave UV and the stone’s geographic origin can be identified using this property. Some rubies fluoresce so strong such as Burmese rubies and the effect is noticeable even in sunlight. Transparent rubies are favored, but inclusions are actually required for a star ruby. The asterism effect is caused by the oriented rutile crystal inclusions (also known as 'silk') that convert a ruby into the desired Star ruby. The wavy star like formation in star ruby is due to the reflection of light from these, long and thin needle like inclusions (rutile).
The size and sharpness of the star depend on the quantity and quality of rutile needles. A denser packed rutile gives you a better star, longer needles also produce a bigger star. Too much needles will turn the gem into a low translucent stone, lack ‘asterism’ and also harms the color of the ruby. Since rutile is present in star rubies, they are not completely transparent. Star rubies are cut into round or oval-shaped cabochons to display its best star effect. Other popular gemstones that display asterism are Star Rose Quartz, Star Sapphire, Star Garnet, Star Diopside, Star Spinel, Star Moonstone and Star Opal.
Star ruby can display 4 – 12 rays depending on the crystal system of the stone, 12 rays star effect is very occasional. Usually star ruby displays the 6-legged star effect. The color of star rubies are usually in between pink and red, purple and brown, or purple and red. A red star ruby is extremely rare and costly. The sharpness and strength of the star as well as the intensity of the body colors of a star ruby will influence its value. All 6 legs of the star should be prominent, straight, sharp and centered but not wide and blurry. The star should be milky white or silvery, and the main ray should run lengthwise. From a clarity standpoint, the gem should be semi-transparent.
For every 100 faceted corundum (include sapphires and rubies) mined, only about 3 stars are discovered but then not all of them will have a good body color and a good star. Only one out of a hundred star gems found will probably have a combination of a good star and good body color. This shows you how rare these star gems are.

Almost all rubies have flaws, it is estimated that ninety percent of rubies and sapphires on the world market today undergo heat treatment, a permanent process widely accepted by the gem trade. The gem dealers perfected a heat treatment process that transformed the worthless gems into valuable gems. Coatings are also used to camuflage the surface fractures of the stone, but it will wear off in time. Dyes are another method to intensify the color of rubies.

There are gemstones which often mistakenly called ruby such as the Siberian ruby (it is actually a pink or red tourmaline), balas ruby (is a type of spinel), the Bohemian ruby (it is actually a rose quartz). Other gems that resemble ruby are American ruby, Rocky Mountain ruby, Montana ruby and Cape ruby, those stones are varieties of garnet. Therefore for those who want to buy ruby becareful not to buy the wrong stone.
Astrologically, Rubies are associated with the zodiac signs of Cancer, Scorpio and Capricorn.
Star Ruby Legends & Beliefs

Traditionally, star rubies were worn by knights in the battlefields to protect themselves from the enemy. Local tales in Karnataka (India) say that if it is worn as a visible pendant or as a headgear then anyone who faces you as an enemy looses half his valour. The power of star ruby is said to be the highest during full moon.

Star Ruby is said to pep up internal strength, ward off tensions, de-stress the mind and drive away stress related problems like migraine, insomnia, and hysteria. The healing powers of gemstones remain a controversial issue, but are mentioned since ages by healers, shamans and medicine men. Whether it's a fact or a placebo effect doesn't matter, if it helps.

Ruby is the birthstone for July, and the Capricorn zodiac sign. The top quality of ruby is Star Ruby. Ruby is also used to celebrate a couple's 15th and 40th anniversaries.

Here is a video that shows how an absolutely beautiful Burmese Star Ruby looks under a light. The start pattern should move with the light and not stay in one spot.

Ps. Sorry about the templates here but I am still learning and trying to get help to learn more on how to make them.

HAVE A GOOD DAY AND IF WE CAN ASSIST YOU IN ANY WAY SO NOT HESITATE TO CALL OR EMAIL US AND WE WILL IMMEDIATELY GET BACK TO YOU AND ARRANGE FOR YOUR NEEDS.
Gregg and Yema Lyell

Back to the Top